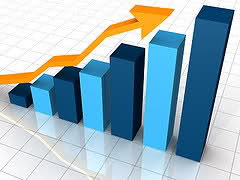 Healthcare reform passed by the Senate has received a seal of approval from one of its biggest stakeholders. The stock prices of the nation’s publicly-traded providers of health insurance plans have risen. This is after the 1:00 A.M. vote that closed debate on the bill and prevented a Republican-led filibuster.

Health insurance companies were fearing the worst when the House of Representatives agreed to include a public option health insurance plan in their own version of the bill. However, Senate Majority Leader Harry Reid eliminated that government-run program due to opposition from moderate members of the Democratic caucus. An expansion in Medicare eligibility was also rejected by undecided senators, such as Joe Lieberman and Ben Nelson. Their votes were sorely needed in order to reach the 60-vote threshold needed to pass the bill.

What does this mean for insurance companies? The government will not offer direct competition to any private health insurance plans, so there will not be as much downward pressure on premiums and costs from that area. Insurers will now have to contend with adding millions of currently uninsured Americans to their rolls, many of them with pre-existing conditions they would otherwise refuse to underwrite. Since they will no longer be allowed to deny coverage, profits will be reduced. Health insurance plans will be banned from charging discriminatory rates that vary based on occupation or gender: for example, the common practice of charging women higher health insurance premiums (excluding pregnancy care) than men of similar health–often justified by the added cost of gynecological care and the supposed higher amount of health care used by women–will no longer be allowed. Lifetime limits on insurance coverage, which are often exceeded by individuals suffering from cancer or other serious illnesses, will also be banned; meanwhile, annual coverage limits will be regulated and limited to a certain sum.

All of those new regulations, combined with an additional tax on the health insurance industry, seem as if they would have a negative impact on insurers’ business models. However, health insurance providers and their shareholders are content with the situation, at least compared with the alternative. Health insurance companies will now see a $2 billion tax in 2011, which will increase each year until it reaches $10 billion in 2017. Such taxes will take a significant bite out of their profit margins; still, they are preferable to the fixed $6.7 billion in taxes that would be levied under the original proposal. Insurers also appreciate the modified version’s phasing in of the tax, because it makes it easier for them to factor it into their pricing.

Most importantly, the Senate’s healthcare reform bill will provide subsidies for those making up to 400% of the poverty level to buy health insurance plans. They will be able to enter exchange markets and choose from a variety of health insurance plans from private providers. Many of these individuals and families would not be able to afford health insurance otherwise. In effect, the legislation provides millions of new customers to health insurers. That is very appealing to insurers, who would otherwise see fault with the bill’s stricter regulations.

Which health insurance companies gained the most after the announcement? Aetna was one of the main beneficiaries: their shares increased by 5.84% in under 24 hours! With 5.3%, Cigna was also very successful. United Health Group, Humana, and Wellpoint also benefited from the legislation. Most other major companies that sell health insurance plans are either non-profit organizations or privately held.