Home Industry News Holidaymakers risk facing a Greek tragedy – to care or not to...

We all want to know that, if we fall ill on holiday, we will be looked after and, if necessary, be brought home. As many European economies continue to face a crisis of confidence in the money markets, there is growing concern that this may not always be possible. Whilst this would normally prompt a call to take out travel insurance for that peace of mind, even that is no guarantee if economies start to implode.

There have been many warnings to travellers not to rely on the European Health Insurance Card (EHIC), which is supposed to give all Europeans access to state medical care across the EU. However, in recent weeks, the poor state of Greece’s economy has impacted on the care that state hospitals can offer, with local residents having to take precedence over foreigners in some cases.

Reports last week suggest that medical suppliers, fed up with being unpaid, are denying state hospitals basics such as gauze and syringes whilst, on the island of Leros, the psychiatric hospital can no longer feed its 350 patients. In recent days, rundown state hospitals in Greece have reportedly been cutting off vital drugs, limiting non-urgent operations and rationing even basic medical materials for use by exhausted doctors.

The consequence for insurance companies is that patients are being moved from state to private medical clinics where the costs of treatment are significantly higher. As a minimum, even if customers are insured, the claims costs are going to escalate which will have an impact of the cost of travel insurance in the future. The worst case scenario, however, is that over 200,000 travellers to Greece who do not take out travel insurance will find themselves with significant bills for treatment that would otherwise be free.

Whilst Greece is a popular tourist destination, it is outweighed by the many Spanish destinations so loved by the British and, as we approach another busy summer, the plight of the Spanish economy is also a concern. The healthcare system in Spain is regarded as both more advanced and more efficient than in Greece but that does not make it immune to economic strife. Whilst the private medical sector has always treated overseas patients, if Spanish state hospitals start to withdraw medical care, it will undoubtedly add to the medical costs borne by travel insurance companies across the globe.

After several years of healthcare issues and escalating costs in countries outside the Eurozone, including Turkey and Egypt, travel insurers now face rising costs within the EU, adding to the upward pressure on premiums for the industry. Maybe now is the time for travel insurers to consider differential rating by country to reflect the changing risks and costs? 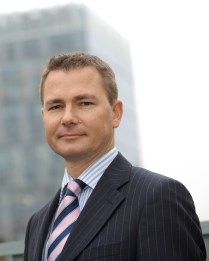