With the IFB’s analytical software, 128 million insurance records were analysed to identify and produce the league table of regional hotspots for ‘crash for cash activity’.

For the sixth consecutive quarter, Birmingham remains in hotspot number one.

‘Crash for cash’ takes different forms and includes the deliberate targeting by criminals of innocent motorists. Such practices are distasteful, can be distressing for motorists and are criminal acts.

Working in partnership with insurers and compensators, the IFB is actively engaged with Police forces and regulators, in respect of intelligence sharing arrangements and joint operations concerning ‘crash for cash’.

The IFB has 29 live organised insurance fraud operations with 17 different Police forces, focused on fraud valued at approximately £59.5 million, with new operations currently being formed. Many of these operations involve crash for cash activities.

Operations have to date resulted in over 486 arrests, 119 criminal convictions and sentences including over 91 years imprisonment, for trials that have concluded so far. Activity to liquidate the assets of insurance fraudsters is also taking place.

“We use our powerful analytical software to interrogate a significant level of industry data, which includes that relating to insurance claims. This provides the insurance industry with unique capability to identify insurance fraudsters, link parties together, to include professionals that are assisting this criminal activity, and ultimately disrupt their illegal activities”.

“Experience has demonstrated that it requires a sustained collective industry effort to reduce the incidence of this type of fraud, and that is precisely what is in place.

“Insurers have invested heavily in reducing insurance fraud, to include ‘crash for cash’.

This investment is also being supported by consumers, who intolerant of insurance fraud and the criminals associated with such, are taking a stand by reporting suspicions to their own insurers and to the industry fraud Cheatline managed by the IFB.

“It is estimated that undetected insurance fraud costs the industry up to £2billion a year, adding, on average, an extra £44 a year to the insurance bill for every UK policyholder. Consumers should not be subsidising the actions of criminals and the industry is committed to rooting out fraudsters.

“For anyone with suspicions or knowledge regarding any type of insurance fraud, particularly concerning those organising or encouraging fraud, information can be shared in strictest confidence and anonymously, if necessary, with the IFB through the Cheatline. 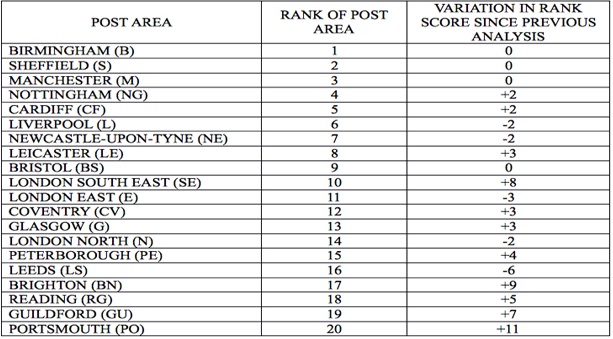